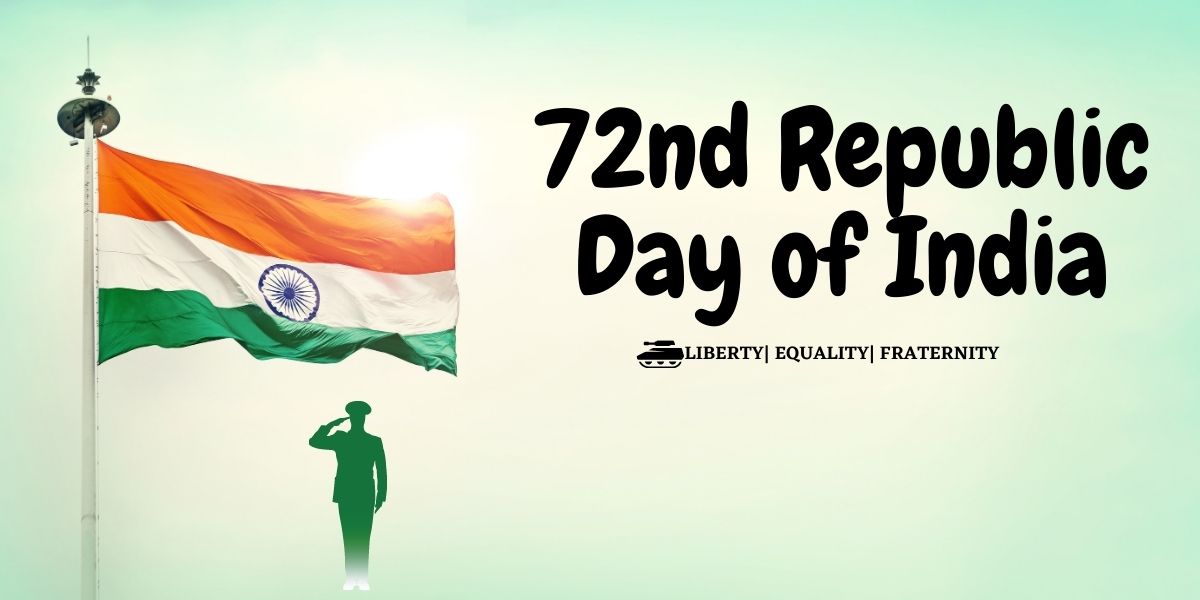 India’s Republic day marks the anniversary of the adoption of a new constitution on 26th January 1950. Republic day is a national holiday to honour the day the Constitution of India was adopted. The day marked a turning point in India’s history by turning into a newly formed Republic. A Republic form of government gives its people and their elected representatives with extraordinary freedom and rights.

India’s sovereign, socialist, secular, democratic republic ideals assure its citizen’s justice, equality, and liberty.  The endeavour to promote fraternity and the dignity of the individual is deeply enshrined in the constitution. The Preamble of the constitution eloquently describes how India is to be governed. 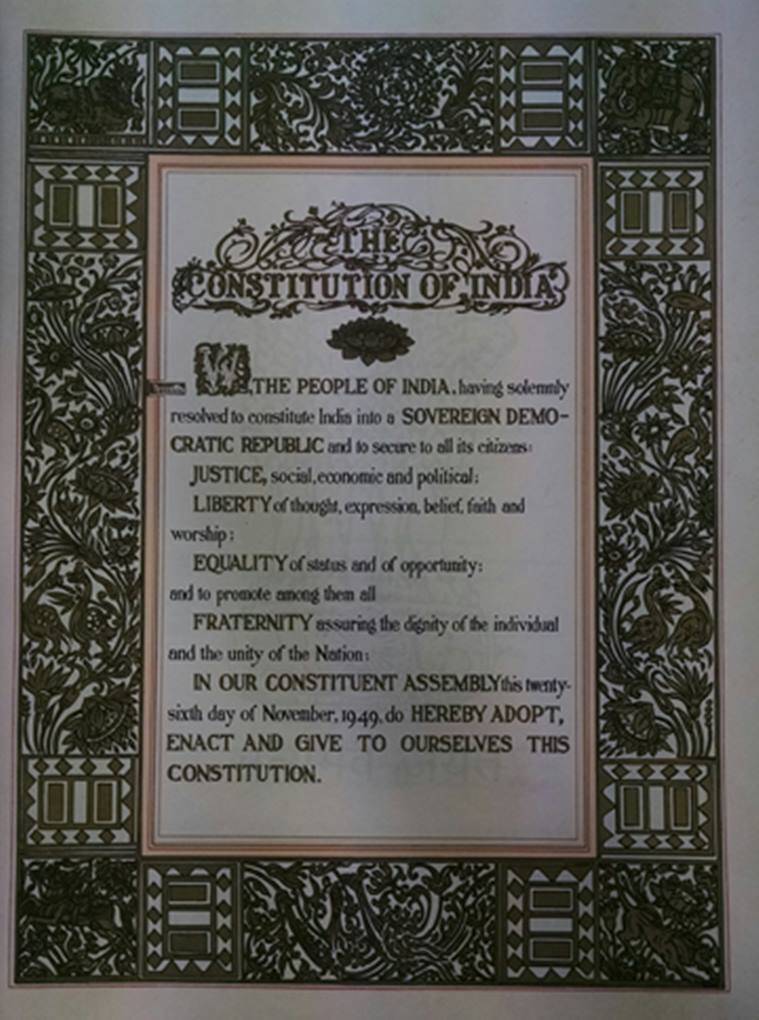 Interesting Facts about Constitution of India

Dr. Bhimrao Ambedkar the Chief Architect of the constitution was instrumental in diligently drafting every article of the document. The constitution draws inspiration from many countries and is meticulously adapted to India’s complex socio-economic demographic.

The Indian Constitution is the longest in the world which consists of 444 articles in 22 parts 12 schedules and has 115 amendments. The constitution draft underwent over 2000 changes after extensive debate and discussion before adoption. Interestingly the country’s National Emblem was also adopted on the 26th of January 1950. The Indian constitution has stood the test of time as only over 100 amendments done to date. 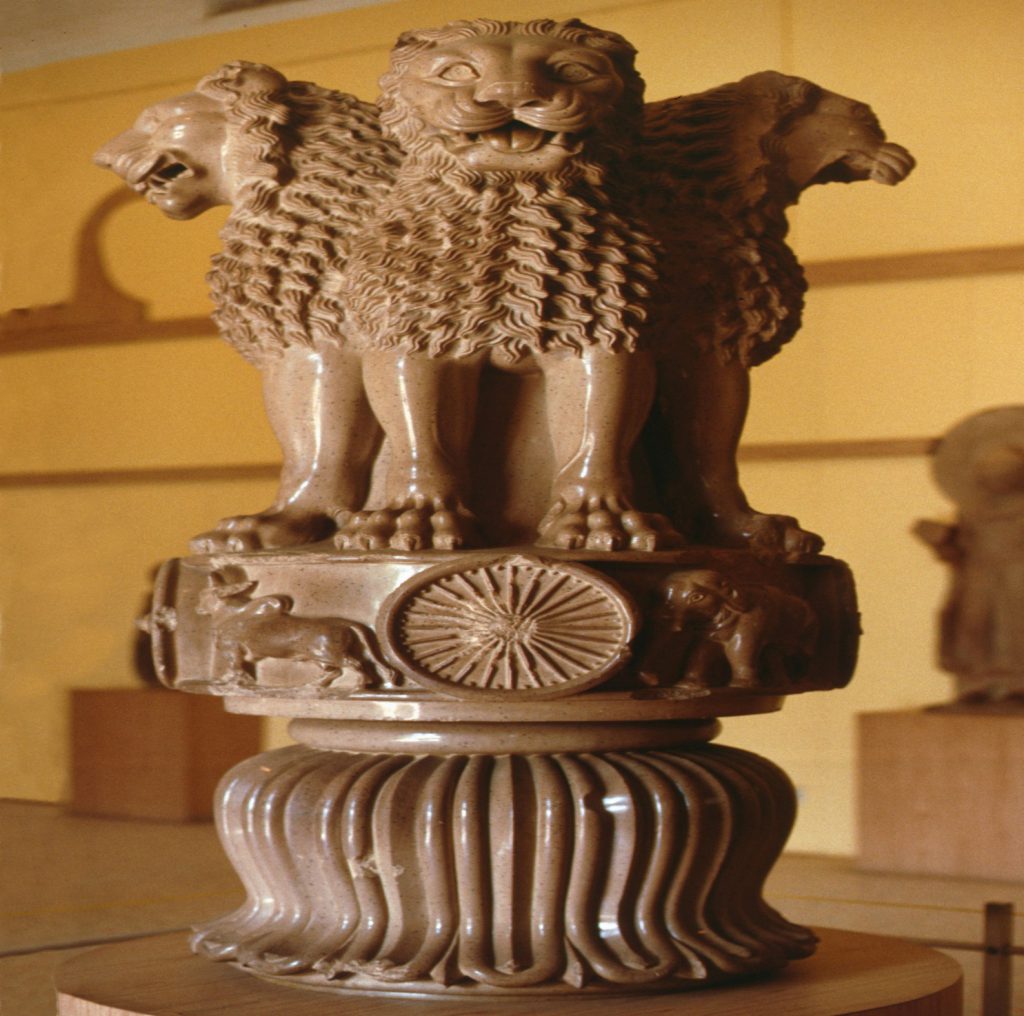 The Republic day is significant as it’s the day when the constitution was adopted. The six fundamental rights enshrined in the constitution are essential for the intellectual, moral, and spiritual development of the citizens of India. The fundamental rights of equality, freedom, protection against exploitation, and freedom of religion. The constitution also gives citizens cultural and educational rights with the provision of constitutional remedies.  The Ideals of Liberty, Equality, and Fraternity encompass some of the finest laws ever written to govern a country. It has been instrumental for the social & economic welfare of the country.  India could successfully lift 271 million people out of poverty from 2006 to 2016 due to its flourishing democracy.

The history of Republic day dates back to 1950, when the 1st republic day was celebrated. The preparations for this special day start months in advance culminating in the annual Republic day parade. The festivities conclude with the final beating of the retreat ceremonies. Here are some interesting facts about Republic day and the many events lined up for the entire week.

The President’s address to the nation kicks is the welcome speech for Republic day . This is telecast live on National Television & Radio. The speech usually reminds the nation about the country’s freedom struggle and the need to uphold the ideals of justice, liberty, equality, and fraternity enshrined in the constitution. The speech touches upon the current state of affairs in the country.

The Republic day parade starts with the customary laying of the wreath at “Amar Jawan Jyothi” by the 4 chiefs of defence forces. In the meantime, the Prime Minister lays a floral tribute at the “National War Memorial”. These monuments were erected to honour the “Unknown Soldier” and have come to symbolize the ultimate sacrifice made by men and women in defending the nation. 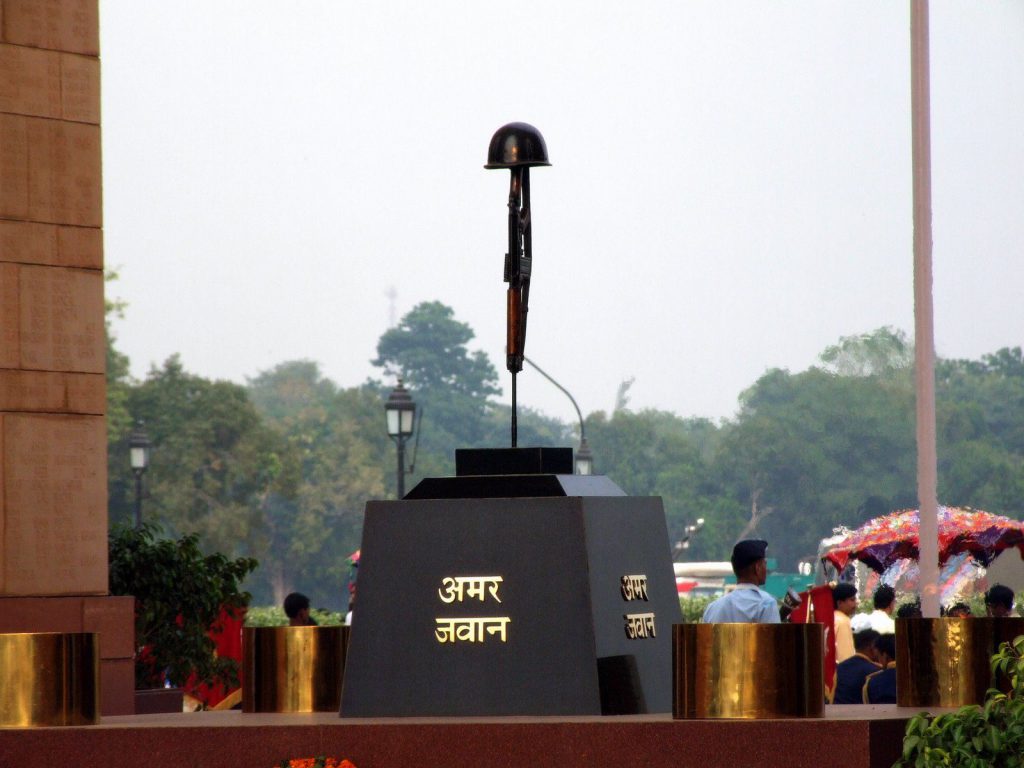 The Republic Day parade is the marquee event of the day. It is characterized by a colourful parade of marching contingents from various regiments of the armed forces. Some eye-catching events include breathtaking air formations, and daredevil stunts are also part of the brigade. Furthermore, the tableaux from the various states in the country add zest to festivities. 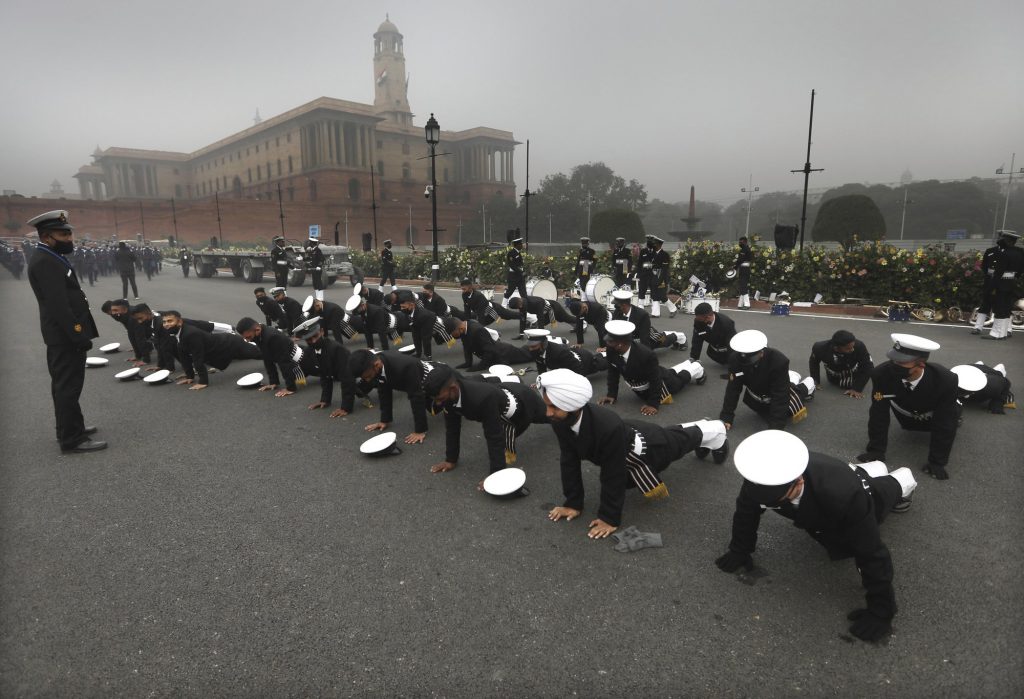 The President of India is the master of ceremonies and is received by the Prime Minister at Rajpath. Further, the hoisting of the National Flag by the President starts the beginning of the long parade. Furthermore, the parade starts at 9:00 AM and ends by 11:30 AM. The Corona pandemic has meant the celebrations in 2021 will be without a chief guest.

The British PM Boris Johnson was invited to be the chief guest. However, he was forced to cancel his visit due to the outbreak of a new Covid strain in the UK.

The Chief Guest is usually given the highest honour, and the visit follows the protocol accorded to a state visit.  The guest accepts the ceremonial guard of honour at Rashtrapati Bhavan while attending the reception in the evening hosted by the President of India, meanwhile, a banquet and lunch is hosted by the Prime Minister, with calls by the Vice-President and the External Affairs Minister in the afternoon. 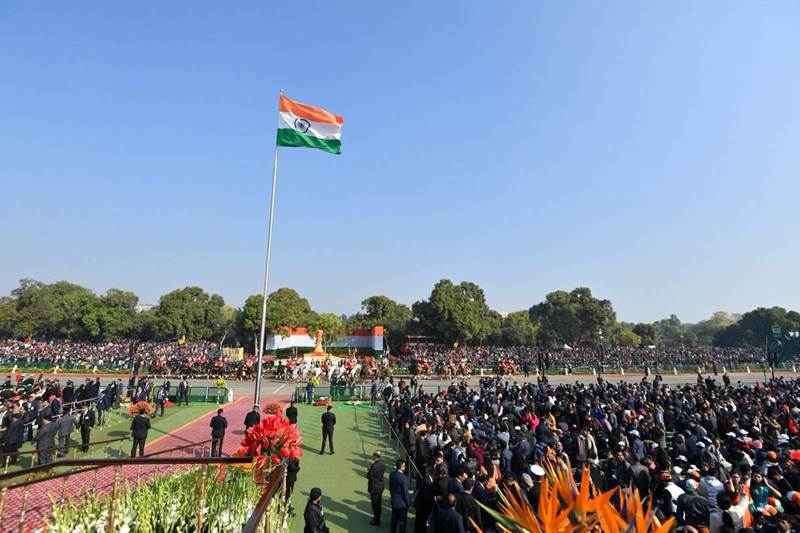 Parade by various regiments of the Armed Forces.

The Republic Day parade starts from Raisina hill near Rashtrapathi Bhavan, all along Rajpath parade road, and ends past India Gate.  Nine to twelve regiments of the Indian Army, in addition to the Indian Navy and Air Force march past the main stage where the President accepts the guard of honour.

Nine to twelve different regiments of the Indian Army in addition to the Navy and Air Force with their bands march past in all their finery and official decorations. 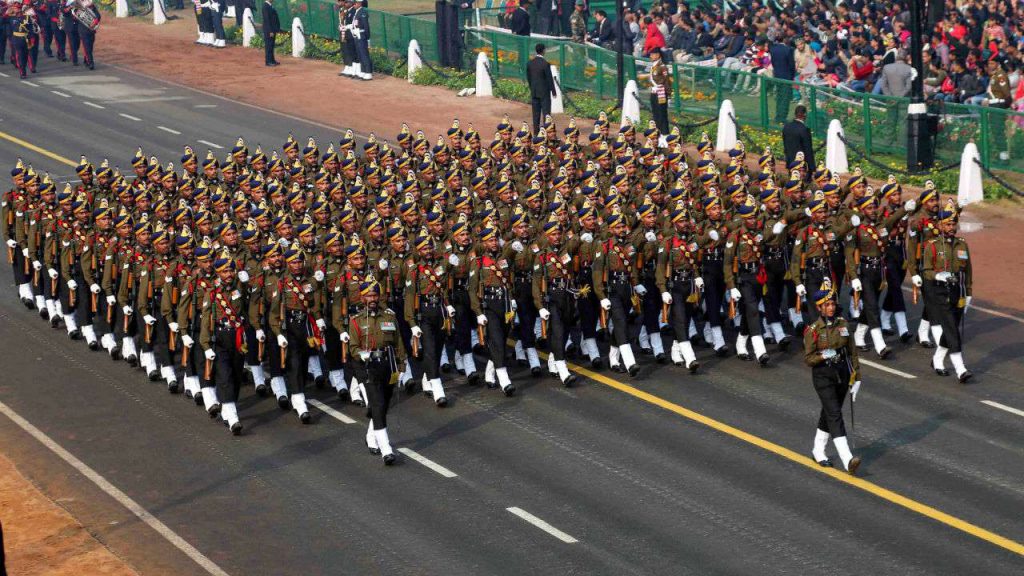 The Republic day is also a day where India showcases its Military hardware and prowess to the world. Incidentally, India’s main battle tank the T-90 will be part of the parade in 2021. In addition the Ballway Machine Pikate armoured personnel carrier, Pinaka multiple launch rocket system, Shilka anti-aircraft gun system, and Brahmos land-attack missiles. 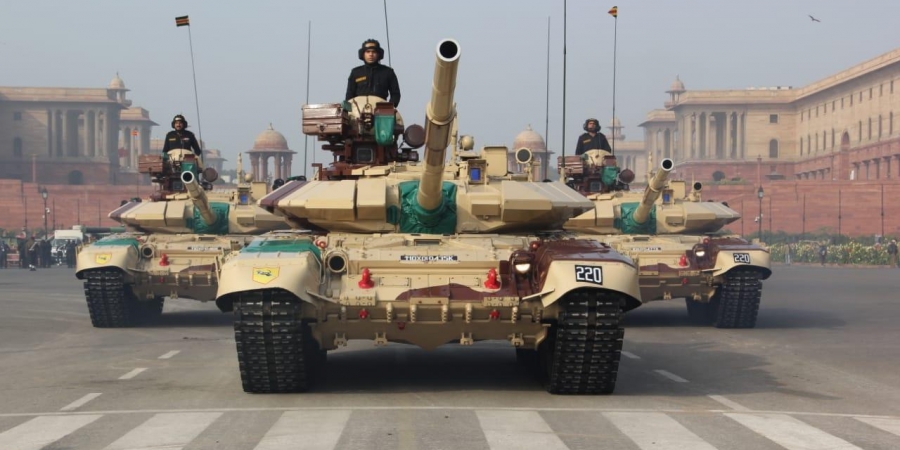 India’s ballistic missile capabilities that take part in festivities are sure to inspire awe and intrigue among guests and visitors alike. The Prithvi Missile Defence system is capable of intercepting incoming targets at an altitude of 15-25 km and can thwart a simultaneous attack from over 1500 km. Meanwhile, the S-400 air defence systems acquired from Russia have fortified the country’s air defence against strategic bombers, stealth fighters, spy planes, and drones at a range of up to 400km and at altitude s above 30 km. 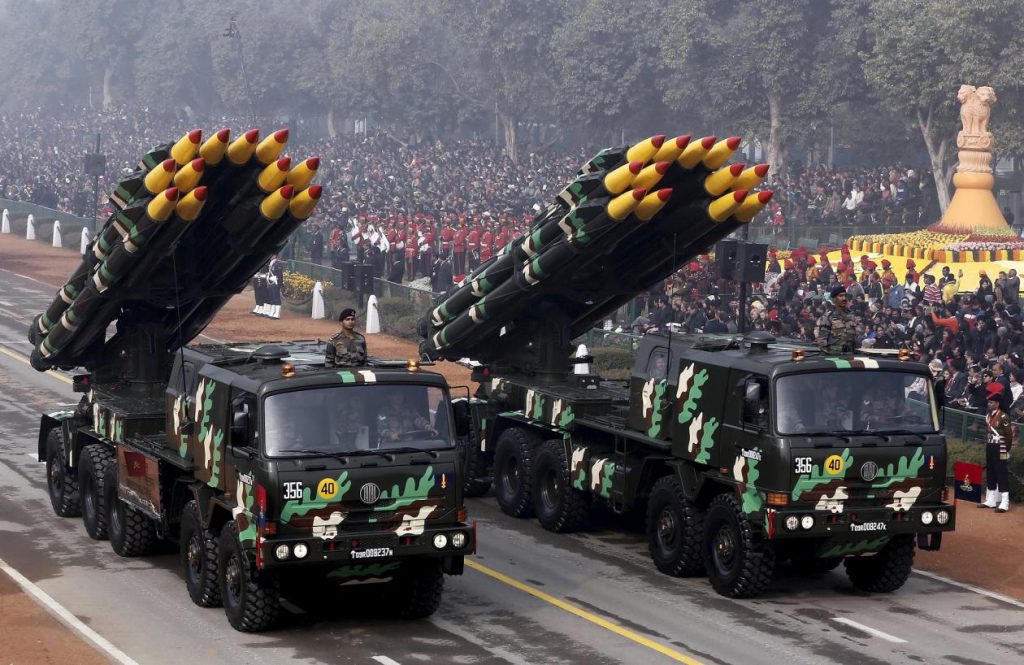 Tableaux are a means of expressing India’s cultural diversity. It is an opportunity for participants to exhibit their talent in art, culture, painting, sculpture, music, architecture from every part of the country.  Surprisingly, there are a total of 32 exhibits participating in 2021 which include 17 from states, nine from different ministries, and six from the defence forces including the IAF, Navy, Coast Guard DRDO, and the Border Roads Organization. For instance, the tableau of the Department of Biotechnology (DBT) will depict the efforts made by scientists to manufacture a COVID-19 vaccine indigenously. Incidentally, a replica of the Ram temple being built at Ayodhya in Uttar Pradesh has created a lot of buzz in 2021. 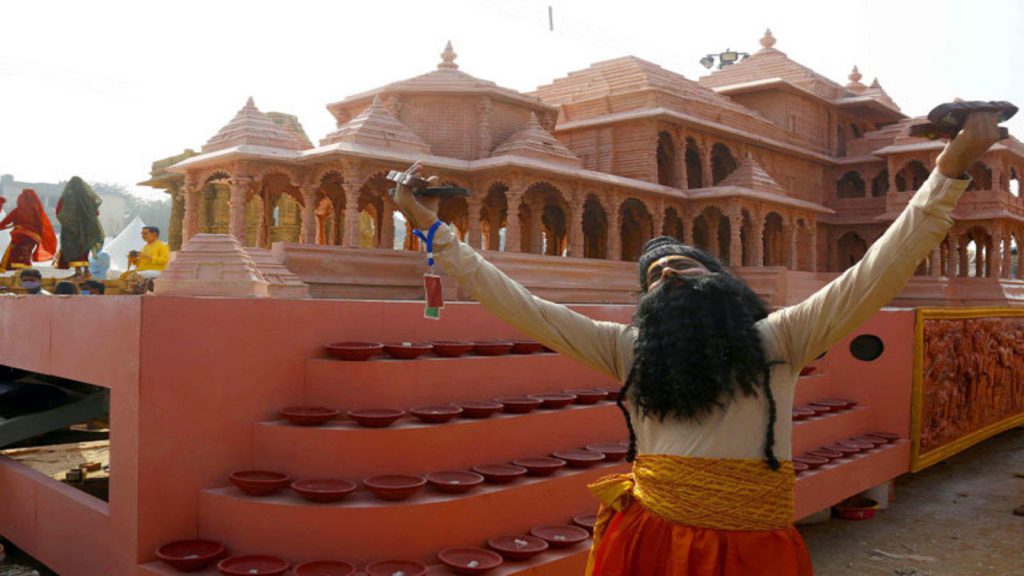 The parade has a place for cultural teams from across the country. Well choreographed dance forms and unique acts are performed all along Rajpath. Common dance forms like Bharatanatyam, Kathak, Kathakali, and Bhangra make it the parade every year. 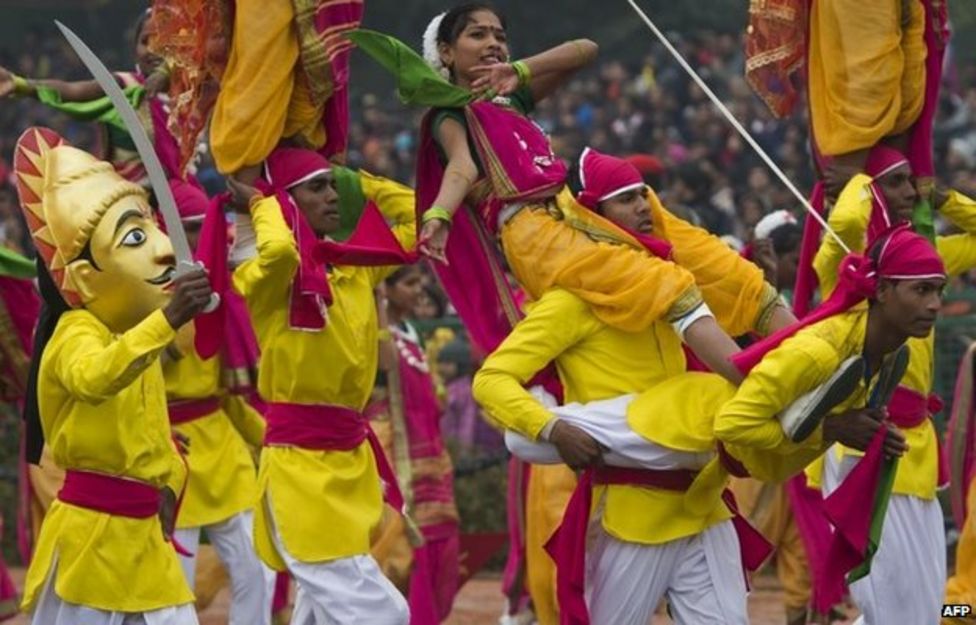 The Border Security Force and the Army’s bike-borne daredevil stunts are a big draw among the crowds every year. These acts will not be part of the celebrations in 2021 due to the corona pandemic. 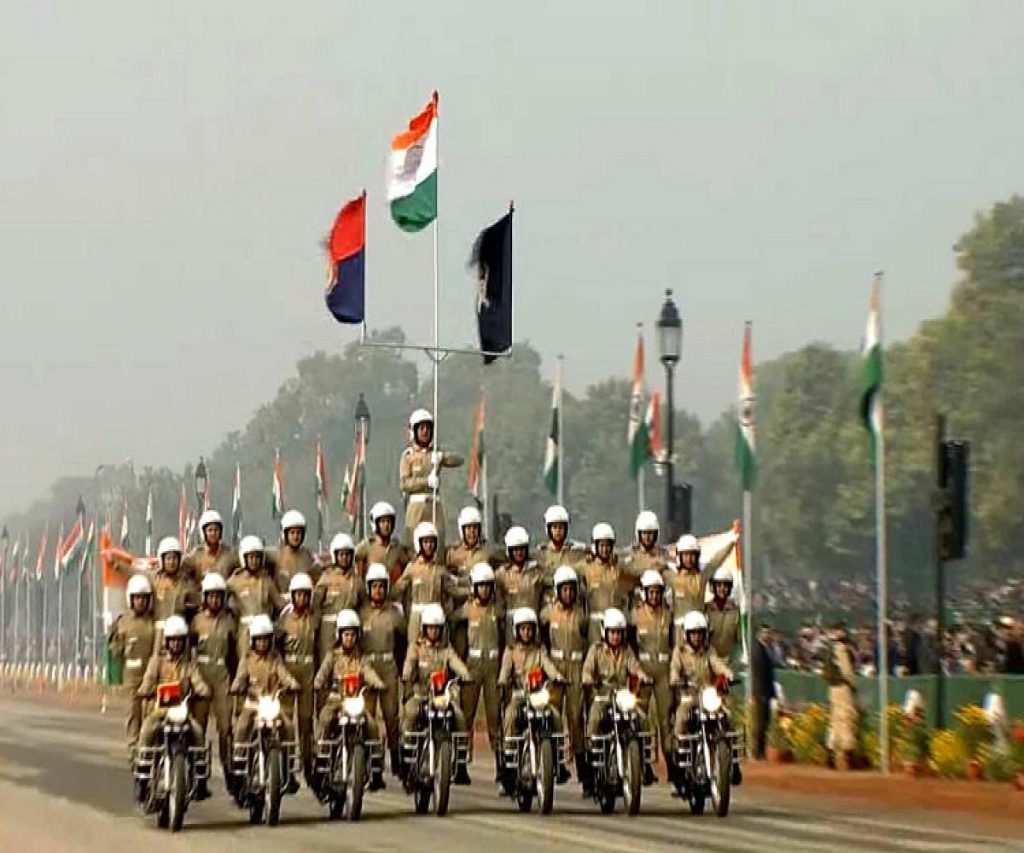 A Bangladeshi tri-service contingent will lead the first ten rows of the Republic Day parade in New Delhi to commemorate 50 years of Bangladesh’s Liberation War. The Bangladeshi army will for the first six rows, followed by two rows of personnel from the Navy and Airforce 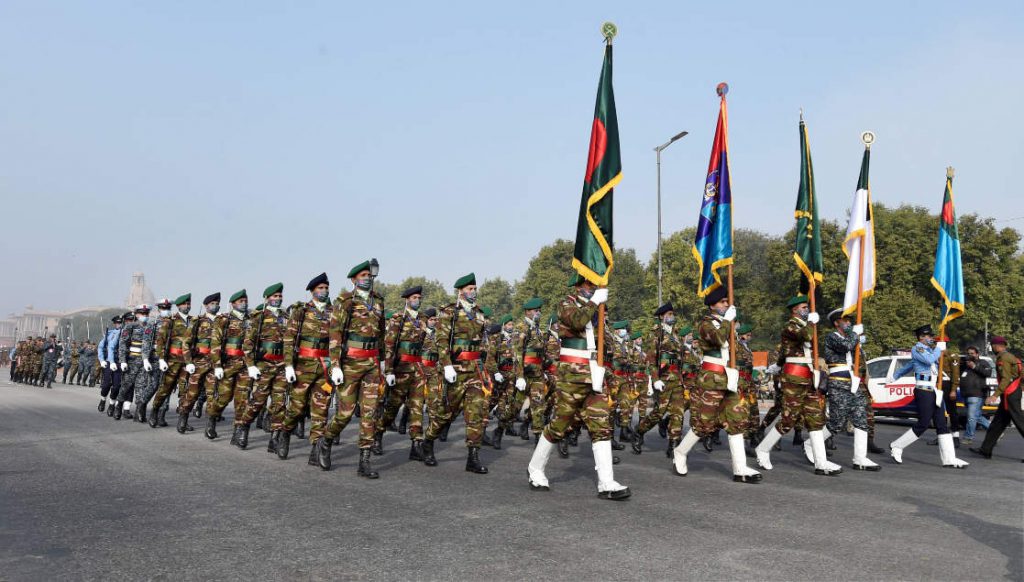 The newly inducted Rafale fighter jets will fly past in a “Vertical Charlie” formation is a Republic day special. Furthermore, this formation is when an aircraft flies at low altitudes but pulls up vertically while performing rolls before stabilizing flight at higher altitudes. Besides the Rafale, over 41 other aircraft will be a part of the air show. These include 21 helicopters, 15 fighter jets that include Sukhoi-30s and MIG-29s, five transport aircraft, and a vintage Dakota aircraft. The fly-past is the showstopper event and marks the end of pompous celebrations. 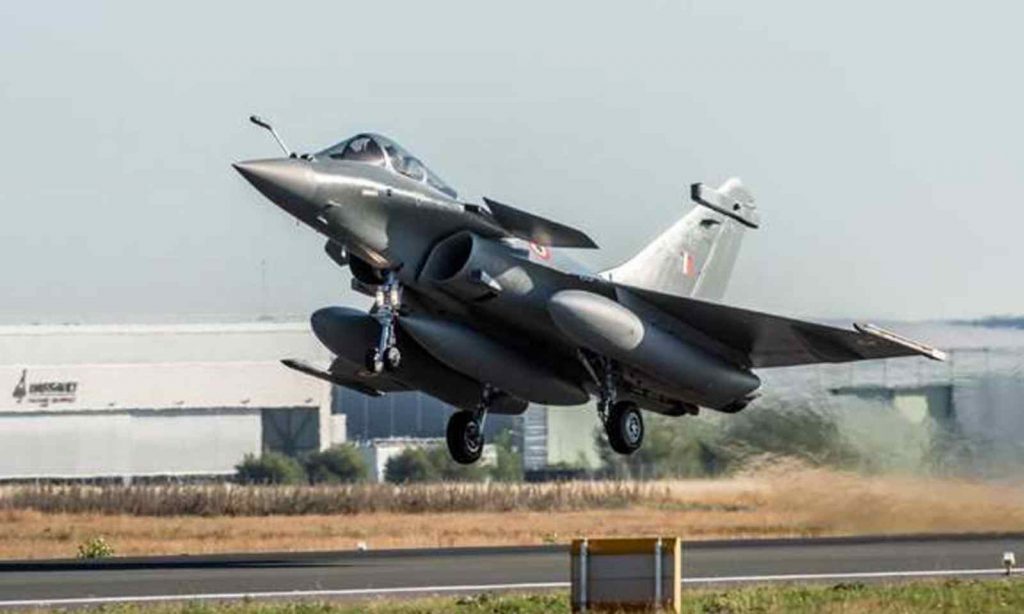 The Republic day celebrations in Karnataka are celebrated with an eye-catching march past, cultural events, and some breathtaking stunts by defence personnel. The Field Marshal Manekshaw grounds come to life with the Governor of the state unfurling the national tri-color. The Army Service Corps with their stunt motorbikes will perform amazing stunts like the Single Scissors Crossing, Brickwall jump, Sudarshan Chakra, Tubelight Jump, Path of Fire, and Pyramid formations.

The annual flower show held in the Lalbagh Glasshouse is a showstopper event. The show is organized during the weeks coinciding with Republic Day (26 January) and Independence Day (15 August).The flower show for 2021 stands cancelled because of the COVID-19 pandemic. Deepam Taxi  is however doing its part by offering affordable cab rental services in Bangalore on Republic Day. Deepam Taxi’s  taxi fare in Bangalore will make moving around very affordable, customers can do a quick shopping tour or catch up on a movie with family on this special day.

The Republic day celebrations are a tepid affair in 2021 due to the safety precautions in place for the corona pandemic. But there is hope for the future, with the rollout of the massive vaccination scheme launched in January 2021 will help India tide over these difficult times. The Republic day festivities are a gentle reminder to all about the Ideals of Liberty, Equality, Fraternity our founding fathers envisioned for India to be a flourishing democracy. Deepam Taxi wishes all its customers a Happy Republic Day!!